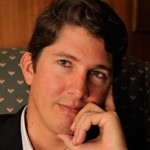 Philip is also a member of the Coaching Club and serves on the Audit Committee. Philip is the President of Hollow Brook Wealth Management LLC, a New York City based private wealth management firm that he co-founded in 2002.

Philip is a graduate of Boston College and holds an MBA from New York University’s Stern School of Business.