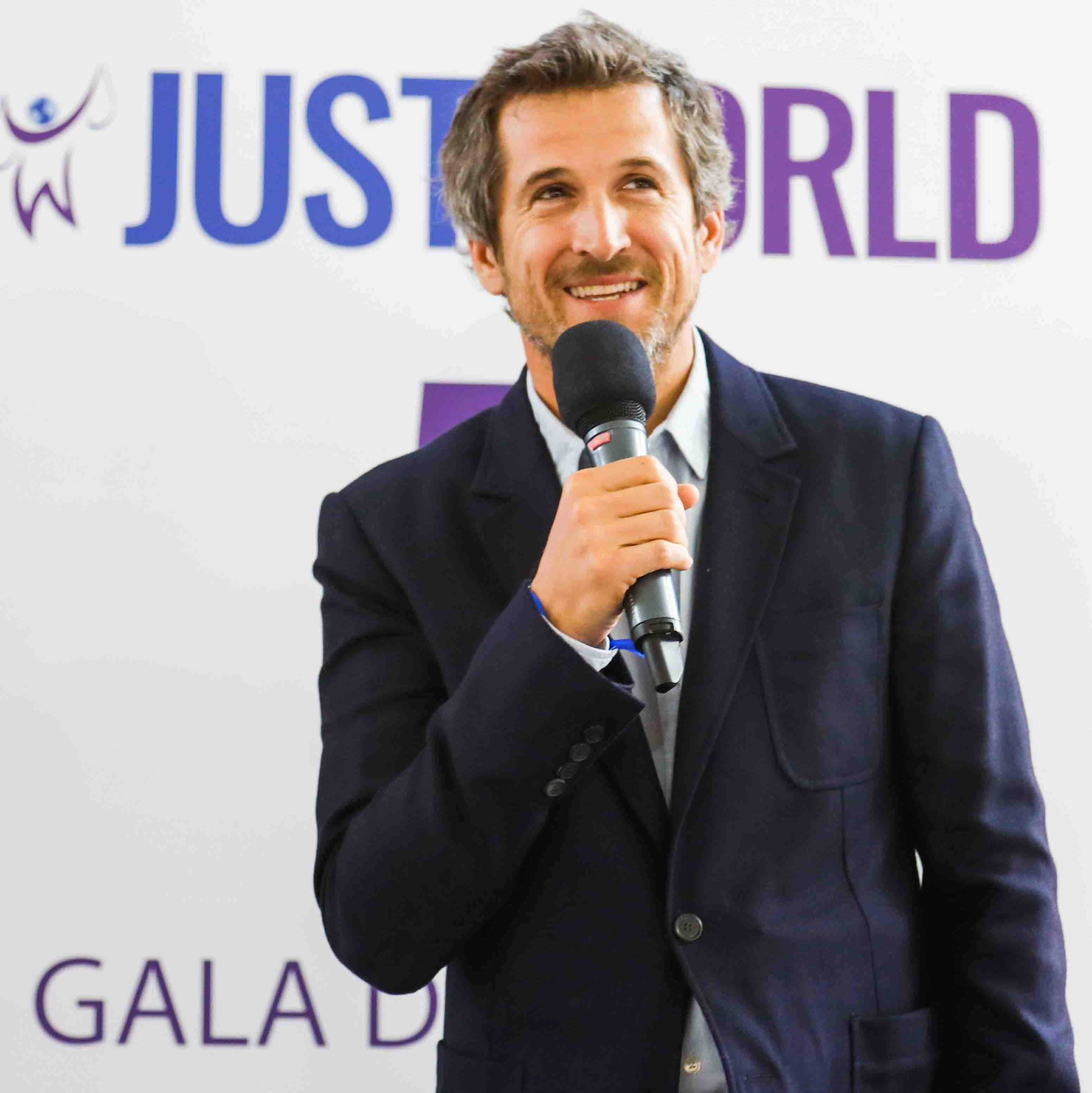 With this past week being the final French leg of the Longines Global Champions Tour, national pride in Chantilly was tantalizing with a full crowd and a motivated field of riders. But last Thursday, the international show jumping community’s enthusiasm and attention shifted to impoverished communities with the JustWorld Charity Gala in Europe.

JustWorld International is a not-for-profit organization funding education and nutrition programs, transforming the lives of children in impoverished communities.

Thursday evening, in the enchanting, fairytale-esque town of Chantilly, the JustWorld Charity Gala in Europe proved that dreams do come true. It was a beautifully successful evening with a lively atmosphere, delicious food, and guests who came together to support the humanitarian efforts. To make the night even more special, JustWorld Founder and President Jessica Newman made the exciting announcement that JustWorld was named by the Fédération Equestre Internationale (FEI) as their official charity partner. JustWorld has already made an incredible impact, currently providing more than 7,000 children with access to life-changing programs. The inclusion of the FEI is a huge step forward in expanding the organization’s reach across all disciplines, as they have thus far been almost exclusively rooted within the show jumping community.

Now, the horse world in its entirety will have the opportunity to take part in the mission. “We are all very excited by the FEI partnership. We are in the process of developing the details as it’s in early stages, but we already know some amazing things are going to come out of it,” said Newman.

There to support their outstanding efforts was a star-studded guest list featuring celebrities both in and out of the horse world. Among the many were Olympic gold medalists and JustWorld Ambassadors Kevin Staut, Laura Kraut and Phillipe Rozier, along with Olympic gold medalist Nick Skelton. Also present was Georgina Bloomberg, Olympian Lauren Hough, Athina Onassis, French actor and accomplished rider Guillaume Canet, Olympian Hervé Godignon, and WEG veteran Alexander Zetterman. Edwina Tops-Alexander and Jan Tops, who have been unwavering supporters of JustWord, were also in attendance.  The highlight of the night was the heated auction, where guests were eager to bid on highly coveted auction items which had been generously donated. The table brimmed with eye-catching pieces such as gorgeous Longines watches and a Montblanc “Petit Prince” ball-point pen. Not everything, though, fit on the table, such as the vintage Ducati motorcycle. Also auctioned off were unique, extraordinary experiences such as a VIP Package for the Longines Global Champions Tour of New York, a stay at the Selman hotel Marrakech and an entire day behind the scenes with Guillaume Canet.

The magical night at the JustWorld Charity Gala in Europe was made possible by the sponsors. The Longines Global Champions Tour, who have supported JustWord from its very inception in 2006, Longines, Jumping de Chantilly, Laiterie de Montaigu and Hippo Data all massively contributed to the evening ensuring JustWorld resources could go directly to the project. For wine lovers there was no shortage of selection thanks to Mrs. Sophie Champeau who provided white wine, Pouilly Fumé, Mrs. Véréna Raoux with red and rosé, Ferrand Rouge 2016 and Cavalier, and Mr. and Mrs. Navarre with the champagne, Navarre. The two JustWorld ambassador MC’s, Steven Wilde and Yannick Bichon ensured the night went off without a hitch.

JustWorld International works primarily with equestrians because it is designed to give them the chance to give back where a world of stringent schedules prevents them from doing so otherwise. “Growing up riding I felt so fortunate and supported that I needed to give back to the world. I realized there were a lot of other equestrians who felt this way. The horse world is our platform because riders have no time to do anything outside of horses…when you’re an athlete you focus on yourself, so it gives athletes a chance to focus on others,” explained Newman.

The more than 500 ambassadors (and counting) is proof that lack of opportunity didn’t mean lack of desire. Today, JustWorld sees thousands of equestrians from more than 40 countries working to make a difference through volunteering, ambassadorship, donation and more. This has helped the organization educate more than 31,000 students, serve more than 1.5 million meals and treat nearly 30,000 patients through community medical clinics in only six short years. They’ve also worked to implement English curriculum into schools, so students have a higher chance to find employment upon graduating—which is something more students are doing. Their high school in Cambodia was proud to achieve a 100% student pass rate.